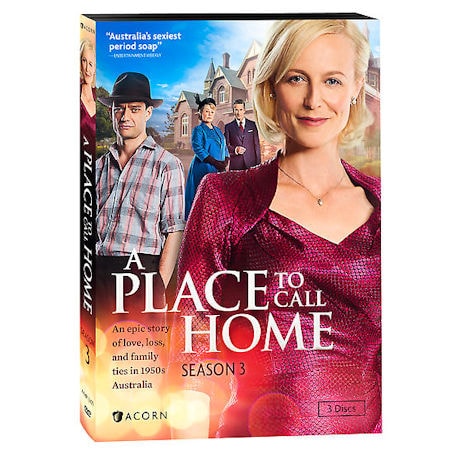 $59.99 $49.99
Share Me:
add to wish list
Overview
Set in a changing Australia in the 1950s, this compulsively watchable drama has been hailed as a "down-under 'Downton'" (Fort Worth Star-Telegram). It has all the right ingredients: an aristocratic family, a country estate, a widowed matriarch, sprawling cast, period costumes, passion, romance, and intrigue. Marta Dusseldorp (Jack Irish) stars as nurse Sarah Adams, who has returned home after 20 years in Europe and the horrors of WWII. In Series 3, relationships are tested by secrets and desires, and Sara must choose between her feelings for George and her duty to Rene. 10 episodes, 3 DVDs, SDH.