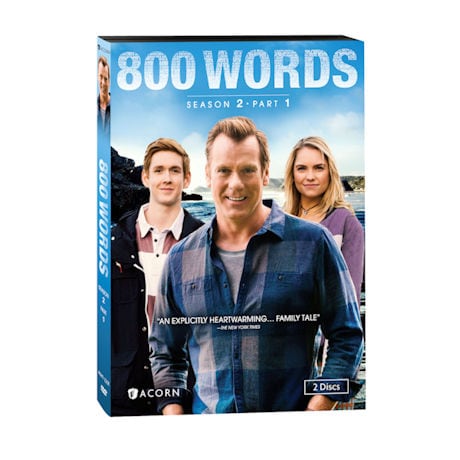 $49.99 $29.99
Buy 2 or More Seasons, Save 10%
Share Me:
add to wish list
Overview
George and Arlo come up with a plan to bring Shay back from Sydney. George lands a job at the local newspaper, looks to start a new relationship, and gets another chance to buy his dream house. Meanwhile, the town of Weld prepares for the annual summertime tourist takeover. 8 episodes, 4 DVDs, SDH.
Episodes
Episode 1
George and Arlo implement a plan to bring Shay back from Sydney. The Weld locals brace themselves for the carnage of Guy Fawkes Night.

Episode 2
The whole of Weld comes out to farewell Jan, and George almost destroys his friendship with Woody over a large invoice and a lawn that needs mowing.

Episode 3
George lands a scoop on the first day of his new job at the newspaper, but why is he under orders not to write about an eight year old mystery that's gripping Weld?

Episode 4
George's house is bursting with teenagers and he gets another chance to buy his dream house in Weld after all. Is it a bad idea?

Episode 5
George's first date with Katie is the only news in Weld, while Constable Tom and Big Mac clash over the invasion of the freedom campers.

Episode 6
After a jet-ski injures a local, George is appalled that you don't need a license to drive a jet-ski and takes matters into his own hands.

Episode 7
Laura's one year anniversary approaches while George and the family prepare to leave for Sydney.

"The best show you're not watching" - Inquisitr.com
Awards