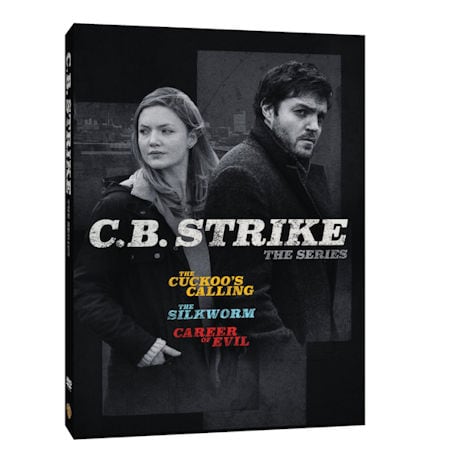 $29.99
Share Me:
add to wish list
Overview
Based on the best-selling novels by Robert Galbraith (aka J.K. Rowling), Tom Burke is a private detective Cormoran Strike, a former war veteran now working out of a cramped London office. Together with his assistant, Robin Ellacott, Cormoran tackles cases that have, so far, baffled the police. Though struggling with the psychological and physical toll that combat have wrought on him, Cormoran is well-equipped to delve into complex conundrums thanks to his background as a Special Investigation Branch investigator. 3 hours, 2DVDs.
Episodes
In The Cuckoo's Calling, Strike and Robin investigate the sudden death of supermodel Lula Landry, who is determined by the police to have committed suicide. As the case unfolds, however, it becomes increasingly clear to Strike and Robin that it was in fact murder.
• The Cuckoo's Calling: Part 1
• The Cuckoo's Calling: Part 2
• The Cuckoo's Calling: Part 3