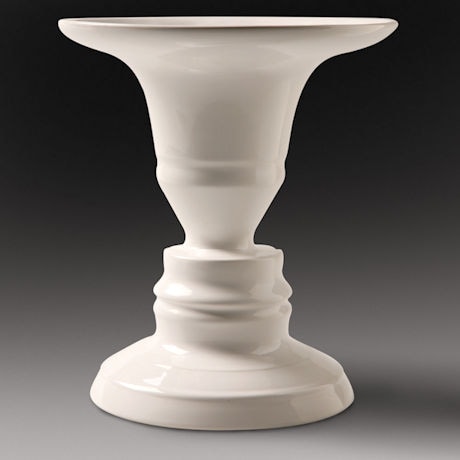 Overview
This three-dimensional vase is just a vase… until you shine a light on it and cast a shadow on the wall. You'll see the famous two-dimensional illusion that shifts between a vase and two faces looking at each other, almost nose-to-nose. Developed by Danish psychologist Edgar Rubin to show the figure-ground distinction the brain makes during physical perception. Glazed ceramic. About 10" at widest point, 10" high, and watertight.