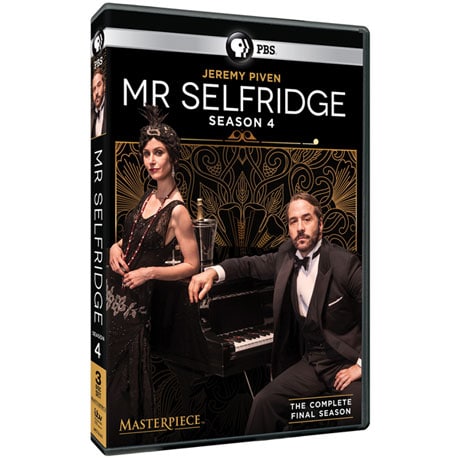 Episode 1
1928: Grove, missing Josie and with a house full of unruly offspring, celebrates a birthday and twenty years at the store whilst Lady Mae, now divorced and penniless, returns to London. Harry is keen to help but she has enterprising ideas of her own.

Episode 3
Following his mother's funeral, Harry incurs his children's displeasure revolving around his affair with Rosie Dolly, whose gambling habits he finances. Cosmetics queen Elizabeth Arden comes to supervise a display and strikes a chord with Kitty and offers her a job in America.

Episode 4
Frank turns into prey at a swank junket for the press. Josie arrives to console Grove. Harry faces a choice: either settle a gambling debt or bankroll a dream job.

Episode 5
Grove and Josie make a new start. Frank is in the doghouse. Movie mogul Harry courts trouble with a mob boss and press lord.

Episode 6
Harry cancels his advertising in Wynnstay's newspaper after an article blames the attack on the store on Harry's gambling debts. Lady Mae organizes a photo shoot for her fashion brochure.

Episode 7
Jimmy's jealousy of Victor's interest in Mae leads to a fight. Jimmy partners with Harry to buy the arrogant Whiteley brothers' Bayswater store. Frank prepares to join Kitty in leaving for America. Wynnstay threatens to sue Harry for breach of contract.

Episode 9
Harry plans to celebrate twenty years at his London store. Newly widowed Josie finds it hard to cheer up the orphaned Grove children but is strengthened by a return to work. Meryl has an admirer. Wynnstay continues to hound Jimmy who makes an admission to Harry which causes a rift between them and leads to an incident.

Episode 10
Jimmy's final act leaves Harry in a state of shock as Wynnstay's press implies the pair were involved in financial irregularities as well as exposing Lady Mae's affair. Gordon forces his father to confront his accusers. Lady Mae returns to France, Josie is installed as assistant manager, Tilly gets her just rewards.