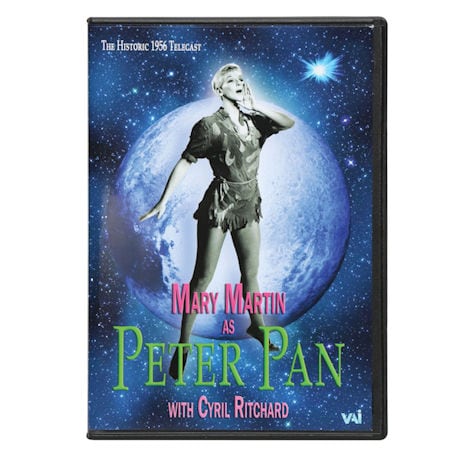 Overview
In 1955, over 60 million TV viewers tuned into a live telecast of "Peter Pan," the Broadway musical starring Mary Martin and Cyril Ritchard. It was the first Broadway show to be presented on television in its entirety, with all the excitement and magic of a live performance. In 1956, NBC broadcast it again, also live, with the same cast. Available for the first time on home video, this historic "Peter Pan" is still definitive and thrilling. DVD includes the 1956 version (B&W, 105 min). Blu-ray adds the 1955 version and reminiscences by Martin's daughter, Heller Halliday (B&W and color, 235 min). "Lighter-than-air exuberance" - NPR.