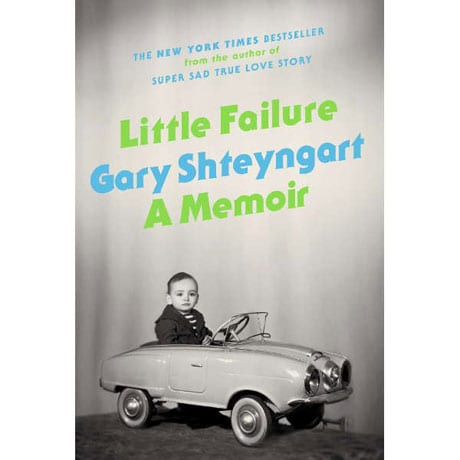 Overview
It's impossible to get through a chapter of Gary Shteyngart's first memoir without laughing: newly landed immigrants; unrequited love; American and Soviet absurdities; incomparable wit and word play; an audacious sense of fun; and, best of all, a lovable, stumbling, lusting hero: this time, Gary himself. But this is also Gary's most mature, open-hearted, and emotionally rich book to date, telling the story of a man coming to terms with his legacy. July 5, 1972. Gary is born in Leningrad, USSR. He will grow into an asthmatic, Lenin-loving toddler; a seven-year-old in a ratty fur overcoat, newly arrived in Queens, New York; a baffled, bullied child of Hebrew School; a high school student and aspiring Republican celebrating George Bush Sr.'s victory in a Marriott hotel; an undergrad of impossible longings at Oberlin; a post-grad New Yorker with a psychoanalyst, a drinking problem, and a desire to depict the world in words; and a forty-year-old about to write his first memoir, armed with a receding hairline, some hard-earned wisdom, a fiancee, and an exceptionally good sense of humor. A serious exploration of what it means to be an immigrant, a grown-up, a son, an American--and a work of autobiographical comic genius to rival David Sedaris--this is the most personal work yet from one of his generation's most celebrated writers. Hard cover. 368 pages. A limited number are available with signatures from Gary Sheiyngart. While supplies last.