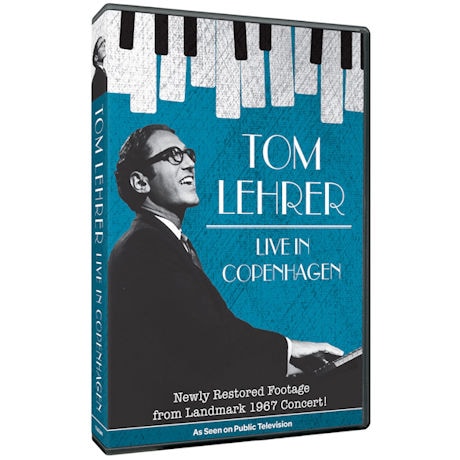 Tom Lehrer: Live in Copenhagen Tom Lehrer spent his brief, yet remarkable music career writing and performing brilliant satirical songs that entertained and enlightened millions. Biting, intelligent, and socially conscious, his songs were accessible and intimate commentaries on society and politics in the 1950s and 60s. Tom Lehrer: Live in Copenhagen, originally filmed for Danish television in September 1967, captures a rare concert recording and features many of his best-known songs, including: