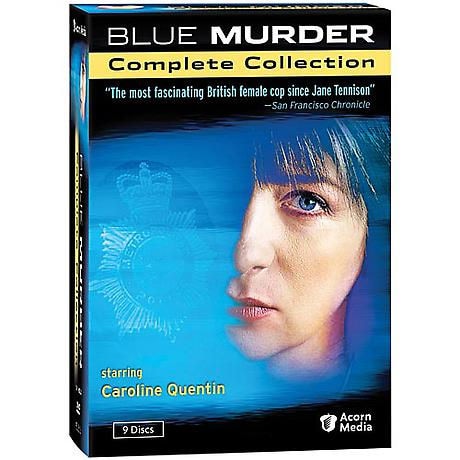 Overview
On the job, Detective Chief Inspector Janine Lewis deals with the ugly side of human nature, investigating Manchester's most gruesome crimes. At home, she's a harried but dedicated single mother of four, struggling to balance her challenging career with the stress and rewards of family life. Award-winning actress Caroline Quentin (Men Behaving Badly, Life of Riley) perfectly captures Lewis's strength and vulnerability as she balances work and family, aided by her handsome, dedicated partner (Ian Kelsey, Casualty) and her occasionally skeptical boss (David Schofield, Gladiator). This complete collection follows the gritty realities of Lewis's career from her initial promotion through personal and professional ups and downs-always presented with a touch of wry humor and keen observations about modern motherhood. 19 episodes, approx. 19 1/2 hours on 9 DVDs.
Episodes
Set 1 (Discs 1-3)
Newly promoted Detective Chief Inspector Janine Lewis commands a close-knit police team that probes some of Manchester's most gruesome murders. And, as a single mother, she tends four children at home, handling crises that range from head lice to teenage tippling. Janine throws herself into every challenge with energy and passion--even when her professional and personal lives collide.

Set 2 (Discs 4-5)
On the job, Janine Lewis deals with drive-by executions, decomposed bodies, and abducted children. At home, she interviews nannies, schedules parent-teacher conferences, and bolts breakfast on the run. Such is the life of a detective chief inspector on the Manchester police force who also happens to be a single mum raising four kids.

Set 3 (Discs 6-7)
When strangers ask Janine Lewis what she does for a living, she tells them, "crisis management." And she's not kidding. As detective chief inspector, she supervises a squad of cops investigating some of Manchester's most brutal, highly publicized crimes. As a single mom, she wrestles with soccer practices, field trips, and schoolwork for her four children. She handles her daily crises with energy and aplomb, protecting her kids as well as the detectives under her command with a fierce maternal affection.