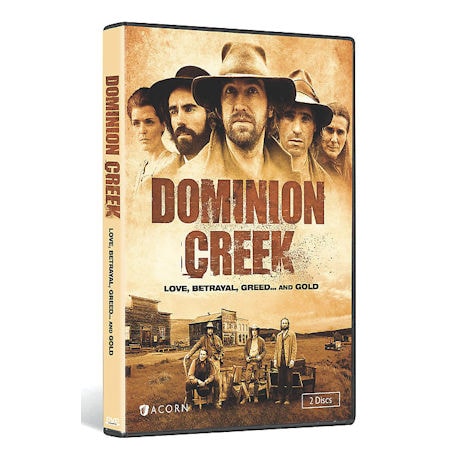 $39.99 $24.99
Share Me:
add to wish list
Overview
Working the silver mines of Montana, the Irish Connolly brothers Tom (Owen McDonnell), Seamus (Dara Devaney), and Padraig (Sean T. O'Meallaigh) dream of riches and adventure. They join the gold rush of 1895 to Alaska and are caught up in a feud that threatens to destroy them. Filmed in Ireland in both English and Irish Gaelic, this epic tale of greed, love, betrayal, and gold has been compared to Deadwood. 4 episodes, 2 DVDs, SDH.