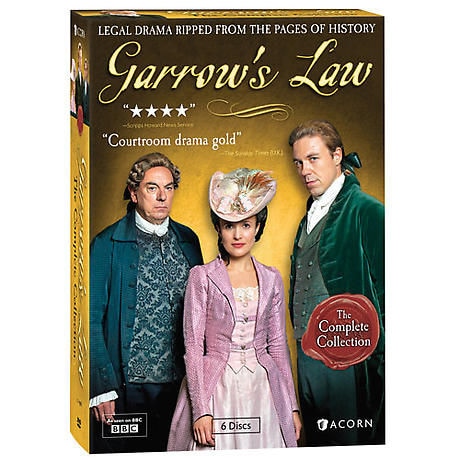 Overview
Andrew Buchan (The Sinking of the Laconia, Cranford) stars as William Garrow, a revolutionary legal mind determined to defend the downtrodden in 18th-century England. Based on a true story, these three complete series follow Garrow as he advocates for prisoners' rights and pioneers the idea of innocent until proven guilty, aided by his mentor (Alun Armstrong, New Tricks) and the lovely Lady Sarah Hill (Lyndsey Marshal, Being Human).