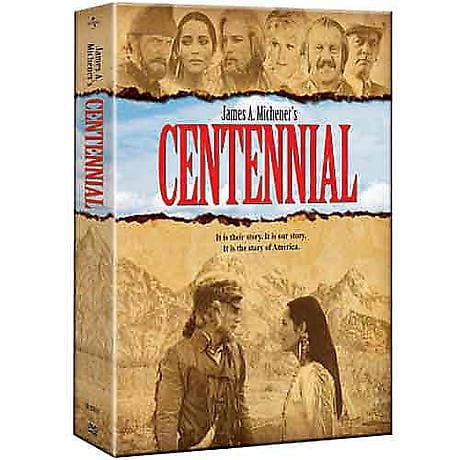 Disc 2
Episode 3: The Wagon and the Elephant
Episode 4: For as Long as the Waters Flow

Disc 5
Episode 9: The Crime
Episode 10: The Winds of Fortune

Disc 6
Episode 11: The Winds of Death
Episode 12: The Scream of Eagles

"They don't make 'em like this anymore. Centennial is the king of epic miniseries of the late 70s."--DVD Verdict

"Technically, everything about the production reeks of class, from John Addison's music to superb cinematography and a strong sense of time and place. As educational as it is entertaining."--The Aisle Seat