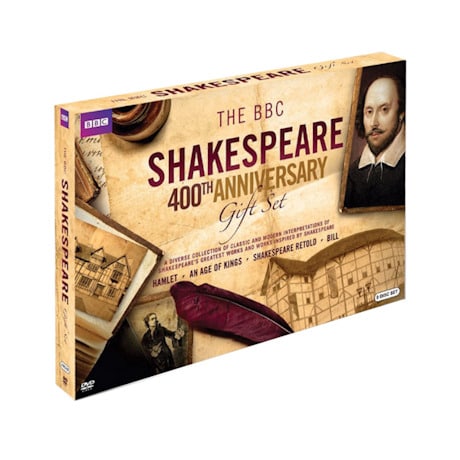 Bill
A hilarious Monty Pythonesque farce that imagines what really happened during Shakespeare's lost years as a hapless lute player who leaves his family to follow his dream in London.

Hamlet
David Tennant and Patrick Stewart breathe new life into Hamlet in this Royal Shakespeare Company's production. Tennant's interpretation was recognized as defining the role for a generation.

Shakespeare Retold
Four of the bards more adored plays are reimagined in the modern day: Much Ado About Nothing, Macbeth, The Taming of the Shrew, and A Midsummer Night's Dream.