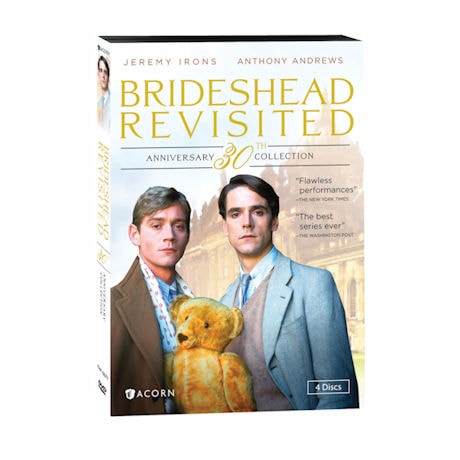 Overview
A tale of love and loss amid the fading glory of the British aristocracy, based on the novel by Evelyn Waugh, this sumptuous British miniseries spans three decades, from the early 1920s to WWII. Literary, lyrical, and sophisticated, it won 17 international awards and is still the benchmark for costume dramas. With Jeremy Irons, Anthony Andrews, Lawrence Olivier, Claire Bloom, and John Gielgud. Extras include the documentary Revisiting Brideshead, commentaries, and a booklet. "Incredibly lavish"—New York Times. "The best series ever seen on American television"—Washington Post." 11 episodes, about 11 hrs, 4 DVDs or 3 Blu-ray discs, SDH.