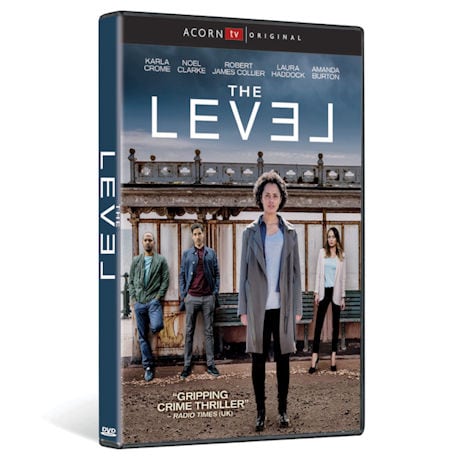 $39.99 $20.99
Share Me:
add to wish list
Overview
DS Nancy Devlin leads a double life, with a high-flying police career and a secret attachment to the criminal father of her best friend from childhood. When he's murdered, she's placed in the middle of the investigation, with a killer stalking her. This British thriller boasts a stellar cast including Karla Crome (Prisoners' Wives), Philip Glenister (Life on Mars), Rob James-Collier (Downton Abbey's Thomas Barrow), and Noel Clarke (Star Trek into Darkness). 4 episodes, 2 DVDs or Blu-ray discs, SDH. Mature audiences.


Episodes
Episode 1
When a clandestine meeting leads to murder and Nancy is caught in the crossfire, her link to Frank risks exposure. Desperate to cover her tracks, she finds herself playing a very dangerous game while seconded to the investigation.

Episode 2
Mistrustful of her colleagues, Nancy needs an ally but fears that if she opens up to Hayley it will put them both in danger. Nancy is then unexpectedly forced into the spotlight when the police make a public appeal.

Episode 4
As police comb the haulage yard for clues, Nancy realizes that she has left incriminating evidence at the scene. Worse follows when her mother goes missing from the psychiatric ward. The shocking contents of the lorry are revealed.

Episode 5
Nancy's personal and professional lives collide when she finds a connection between her mother and the missing truck, as the full extent of Frank's monstrous crimes become clear.

"Full of tension and suspense...keeping you on the edge of your seat" - Independent (UK)