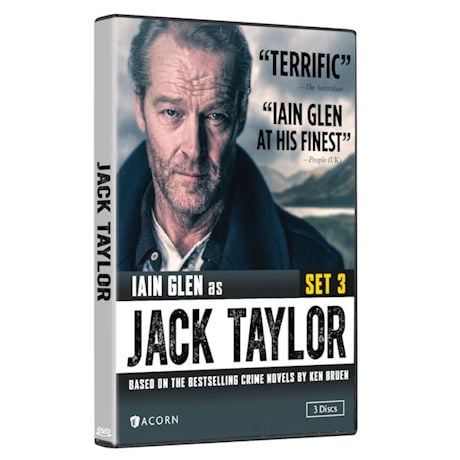 Cross
Jack gets embroiled in a murder investigation as a dead body is found crucified. Jack's new assistant, is an ex-con who turned to Buddhism and grew up in Manchester.

Headstone
Jack is asked to locate a former enemy who has been kidnapped and is being held for ransom. Working against the clock, he crosses paths with a tough-as-nails private eye, while also supporting Kate as she prepares for a major operation. Meanwhile, Darragh finally comes into his own as Jack's new assistant.

Purgatory
Jack and Darragh are hired by the head of a major software company to find out who stole valuable games data from them.

"Terrific." - and The Australian