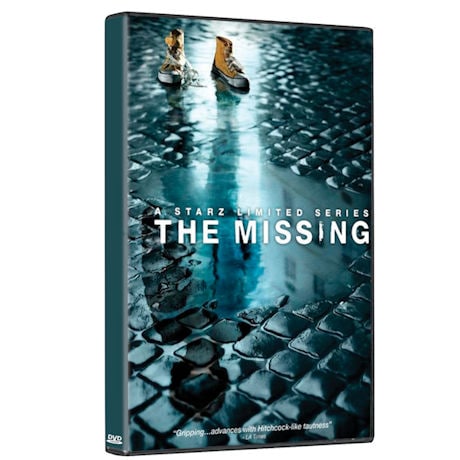 Overview
During a family holiday in France, a 5-year-old boy disappears in the blink of an eye. Every parent's nightmare is the start of a compelling series that chronicles the search for his whereabouts. Eight years later, Oliver has not been found, and his parents, Tony (James Nesbitt, The Hobbit, Murphy's Law) and Emily (Frances O'Connor, Mr. Selfridge) are divorced. With help from retired detective Julien Baptiste (Tchéky Karyo, Goldeneye), Tony starts to put the pieces together. 8 episodes, 8 hrs, 2 DVDs. Mature audiences.
Episodes
Eden
A young boy disappears during a family holiday in France.

Pray for Me
The case is not re-opened despite new evidence, a known sex-offender is brought in for questioning, a policeman is bribed, and a secret meeting occurs.

The Meeting
The victim becomes the accused and the case struggles to be proved.

Gone Fishing
An interview and a sighting; a discovery that a young girl vanished years earlier.

Molly
A visit to a psychiatric unit, a Romanian gang involvement, and evidence of a pedophile.

Return to Eden
Still no significant progress in the case, but a surprise turn of events brings the focus back to France.

Golden Globes Award Nomination - Best Performance by an Actress in a Miniseries or Motion Picture Made for Television (Frances O'Connor, 2015)

Sichuan TV Festival, Golden Panda Award Winner - Best Performance by an Actor in a Mini-Series or Motion Picture Made for Television (James Nesbitt, 2015)