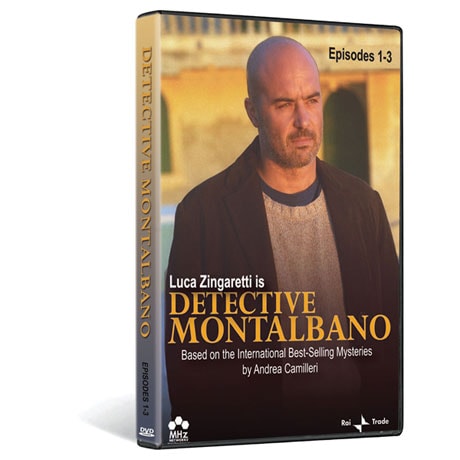 EPISODE 1: THE SNACK THIEF
Detective Salvo Montalbano investigates a murder in which the complicated and illegal private life of the victim may have done him in. Off the job, Montalbano continues to hit it off with his new girlfriend, Livia, who's being used by Montalbano's father in attempts to approach his estranged son.

EPISODE 2: THE THIRD SECRET
Strange anonymous letters addressed to Montalbano keep arriving at the police station in connection with local workers' deaths. While the team attempts to unravel the puzzle, a new young cop, Giuseppe Fazio, joins them. He's the son of the recently-retired Carmine, and ready to follow his new leader despite their initial clashes.

EPISODE 3: SEVEN MONDAYS
Livia convinces Salvo to take a seven-day vacation with her in Provence. Just as they're about to depart, Vigata is shaken by a murder and the ritualistic killing of some animals, all occurring on the same day at dawn. Unwilling to give up her vacation, Livia leaves on the trip with someone else and Montalbano stays to work the case.