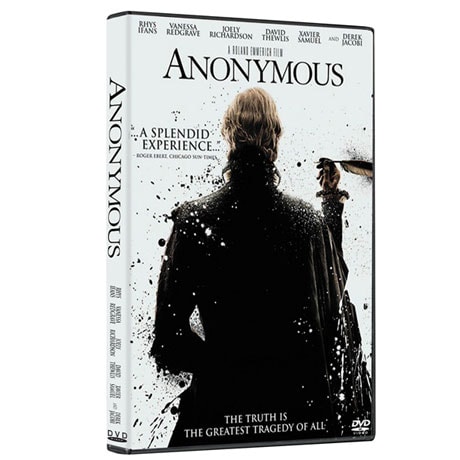 Overview
Was Shakespeare a fraud? Did someone else—namely Edward De Vere, Earl of Oxford—write his plays? In real life, not just in the movies, scholars argue about this. Directed by Roland Emmerich (Independence Day), set against the backdrop of the succession of Queen Elizabeth I and the Essex rebellion, this film is part historical drama, part political thriller. With Rhys Ifans (Notting Hill) as Oxford, Rafe Spall (Life of Pi) as Shakespeare, and Vanessa Redgrave as Queen Elizabeth I. Over 2 hrs, 1 DVD, SDH. Mature audiences.