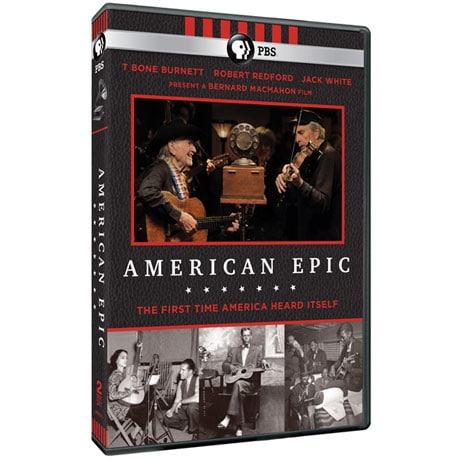 Starting at $29.99
Share Me:
add to wish list
Overview
Executive produced by Jack White, T Bone Burnett, and Robert Redford, this series travels back in time to the "Big Bang" of popular music. During the 1920s, ordinary Americans were able to make recordings with a portable electrical sound recording system. Almost a century later, 20 of today's great artists used one of those systems, reassembled from original parts, to make an album. A 3-part documentary revisits the past in previously unseen film footage, photos, and interviews with music pioneers and eyewitnesses. A feature film shows the artists of the present creating the new album. With the Carter Family, Hopi Indian Chanters, Mississippi John Hurt, the Avett Brothers, Taj Mahal, Willie Nelson, and many more. Seen on PBS. 2 DVDs or Blu-ray discs, SDH, B&W and color.