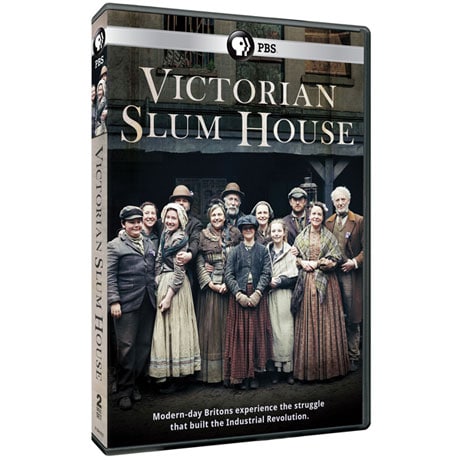 Overview
What was it like to be poor in London during the Industrial Revolution? Made for British television, this living history series joins 15 volunteers ages 10-59 as they spend five weeks in a historically accurate re-creation of an East End tenement. Hosted by Michael Mosley, seen on PBS, it's an up-close-and-personal look at the tough living and working conditions of the Victorian poor. 5 episodes, 5 hrs, 2 DVDs, SDH.