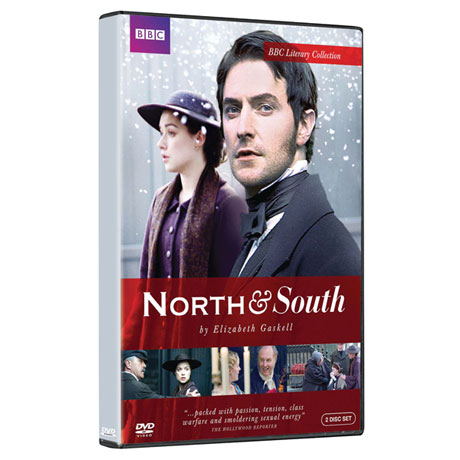 Overview
Living a quiet, privileged life in rural southern England, Margaret Hale is forced to move to a northern mill town when her father changes jobs. She hates the smoke, the soot, and especially the mill owner, John Thornton—until she doesn't. Based on the novel by Elizabeth Gaskell (Cranford), set in Victorian times, this miniseries ends with a kiss that temporarily broke the BBC's Internet. With Daniela DenbyAshe, Richard Armitage (MI-5, Hannibal, The Lord of the Rings), Tim Pigott-Smith, and Sinead Cusack. 4 episodes, about 4 hrs, 2 DVDs.