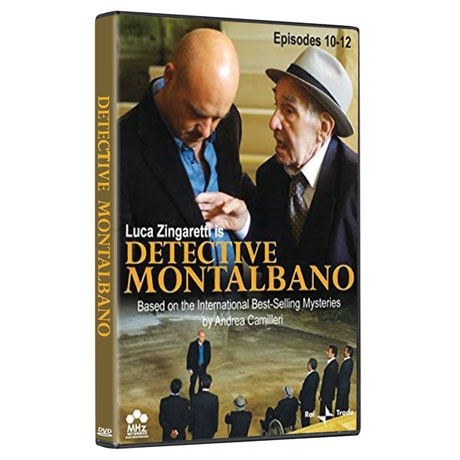 EPISODE 10: THE GOLDFINCH AND THE CAT
A series of drive-by muggings of little old ladies escalates to a murder. A pregnant girl's father destroys an emergency room in a blind rage and a local gynecologist turns up missing. What makes Montalbano think these seemingly disparate events are related?

EPISODE 11: TURNING POINT
Montalbano encounters a floating corpse during one of his early morning swims. While consulting a fisherman friend on what may have happened, he sees a group of illegal immigrants being escorted ashore. Why does the little boy in the group flee from his mother?

EPISODE 12: EQUAL TIME
A man with 'connections' is found dead in a quarry, shot Mafia-style. When the bodies begin to pile up, is it the start of a Mafia war? Montalbano doesn't think so, nor does he buy the idea that the murders were committed by a suspect with serious psychological disturbances.