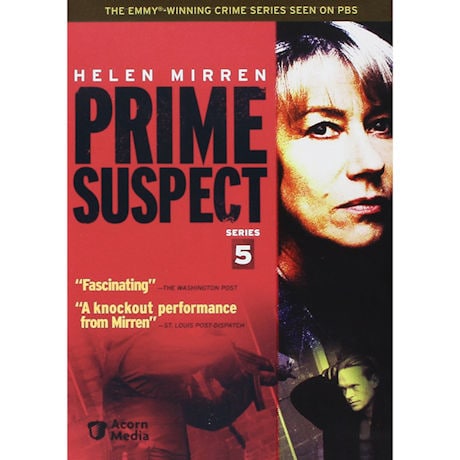 Overview
Oscar® winner Helen Mirren is Detective Jane Tennison, "perhaps the greatest role and performance of a female police detective, ever" San Francisco Chronicle, in the Emmy®-winning crime series seen on PBS. In Series 5, DS Tennison relocates to the Greater Manchester Police for a stint as a community relations officer at local schools. When she complains to her new boss, DCS Ballinger, he assigns her to the shooting case of a young drug dealer. Tennison pegs a corrupt local drug lord as the killer, but somehow he stays one step ahead of her investigation. Is he getting inside information? Meanwhile, Tennison engages in a romantic affair that complicates her life even more. "Fascinating"—Washington Post. 2 episodes, about 5 hrs, 2 DVDs, SDH. Mature audiences.