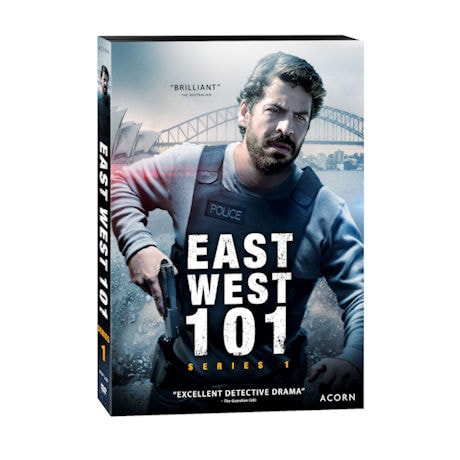 Episode 1: The Enemy Within
Zane Malik is a Muslim detective fighting crime in post-9/11 metropolitan Sydney. When a police officer is killed apparently by armed robbers of Middle Eastern descent, Malik uses his connections within the Arab community to track down the two youths involved.

Episode 2: Death at the Station
Bad drugs are being sold on the streets, and addicts are dying. While working to get the drugs off the street, local Aboriginal leader and antidrug crusader Adam King is shot dead. Malik and his partner try to discover King's killer, while the rift between Malik and Crowley deepens.

Episode 3: Islander Sacrifice
When two Lebanese teens and a schoolgirl are killed in a drive-by shooting, Malik is appointed to run the investigation. Crowley doesn't like his junior colleague supervising the case, but he has bigger problems, with Internal Affairs investigating his actions in the death of a known drug dealer.

Episode 4: Hunt for the Killer
The detectives examine the brutal slaying of a respectable Vietnamese couple in Cabramatta amidst the stress of the Internal Affairs inquiry, and Malik realizes that Crowley's future may rest in his hands.

Episode 5: Haunted by the Past
As he investigates the murder of a Serbian car salesman, Malik's obsession with finding the man who shot his father deepens, and he ignores evidence while seeking to prove a man's guilt.

Episode 6: The Hand of Friendship
When Hunt is found dead in Chinatown, Crowley believes Malik's quest for justice has ended. But Malik turns his attention to finding Hunt's killer, and he tracks down a woman who called the police and accused Malik of killing Hunt.

Australian Directors Guild:
• Winner for Best Direction of a Miniseries