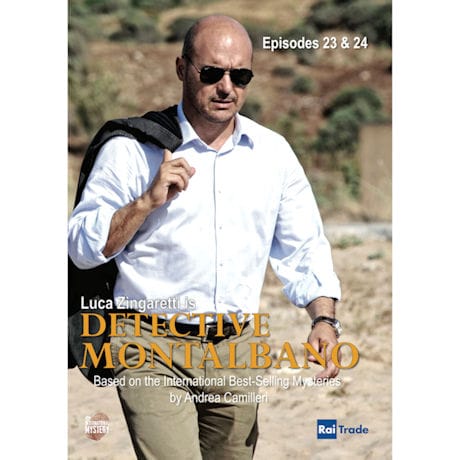 EPISODE 23: ANGELICA'S SMILE
A series of robberies take place within the singular group of Vigata's elite. One of the victims is Angelica, a young, magnetic bank manager. Montalbano is bowled over by her; she reminds him of the heroine of Arisoto's "Orlando Furioso" and not just because of her name. He falls to her feet like a schoolboy and tries his best in fighting a difficult battle to resist her. As the investigation continues he realizes that the robberies are only a cover for something completely different, much more serious and tragic at the same time.