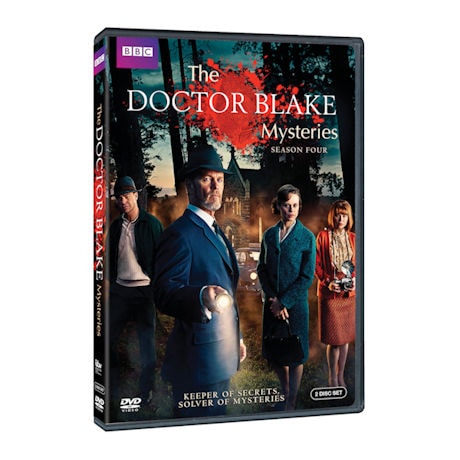 $39.99
Share Me:
add to wish list
Overview
A huge ratings hit in Australia. Doctor Lucien Blake (Craig McLachlan) and his housekeeper Jean Beazley (Nadine Garner) return to Ballarat. But their arrival coincides with the attack on someone extremely close to them, creating a life-threatening situation that will shake them both to their very core. Murder and deception, trickery and espionage. The only man for the job is Doctor Blake. 8 episodes, 8 hrs, 2 DVDs. Mature audiences.
Episodes
Episode 1: The Open Road
A mechanic is found dead underneath a car during a prestigious cross-country motor race.

Episode 2: Golden Years
A businessman is found drowned after unveiling his plans for a local theme park.

Episode 3: Lucky Numbers
When a lottery winner is kidnapped and held for ransom, Blake sifts through the suspects.

Episode 4: Against the Odds
An experienced jockey dies on the track when his horse throws him during practice.

Episode 5: The Price of Love
At Ballarat military base a soldier is killed on a routine training exercise.

Episode 6: A Difficult Lie
A local newspaper reporter turns up dead in a golf course bunker.

Episode 7: For Whom the Bell Tolls
A firefighter falls from the bell tower of the Ballarat fire station.