Call Me By Your Name DVD & Blu-ray 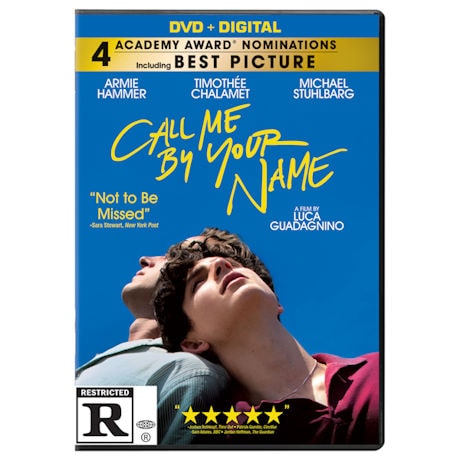 Call Me By Your Name DVD & Blu-ray

Press
"Ravishing filmmaking"—Los Angeles Times
"Not to be missed"—New York Post
"Each element is carefully calibrated, but deployed with consummate grace—this is a film to rush to, and to then savor every minute of."—The Atlantic