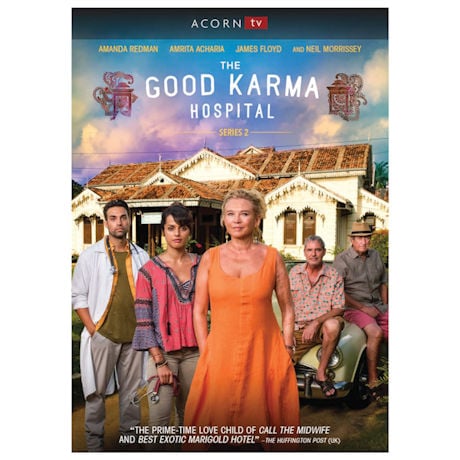 Episode 1
A heat wave causes problems at the hospital, tying up the staff with multiple cases of heatstroke and dehydration. Ruby makes a home visit to a patient with suspected appendicitis and later performs her first surgical operation, supervised by Gabriel.

Episode 2
After sparring with an herbal remedies provider in the local market, Lydia follows up with a former patient refusing care. Ruby contends with a dishonest patient, and newly widowed Paul returns to India.

Episode 3
After receiving a letter from her uncle, Ruby arranges a mobile clinic that's a five-hour drive away, and Lydia forces Gabriel to accompany her. Lydia attends to a victim of domestic abuse, while Greg tries to help Paul out of his rut by taking him to the Makar Sankranti kite festival.

Episode 4
Ruby lashes out after learning the truth about her father and refuses to talk to Gabriel about it. Back at the hospital, Lydia helps a pregnant woman carrying twins, and Paul brings in a young woman who believes herself to be a goddess.

Episode 5
When a building collapses near a busy marketplace, the hospital staff rush to treat the victims, and Ruby bonds with a patient who needs an emergency amputation. Greg invites Paul out for drinks with his friends, but Paul worries the outing will look like a double date.

Episode 6
The hospital staff treat a young man with multiple stab wounds, and Ruby is determined to find his attacker. Paul refuses to acknowledge his true motives for walking into the water, while Lydia visits her old mentor, who makes a surprising request.

Go behind the scenes with cast and crew and learn about what makes the show unique, fan response, what's new in Series 2, and more. (30 min.)