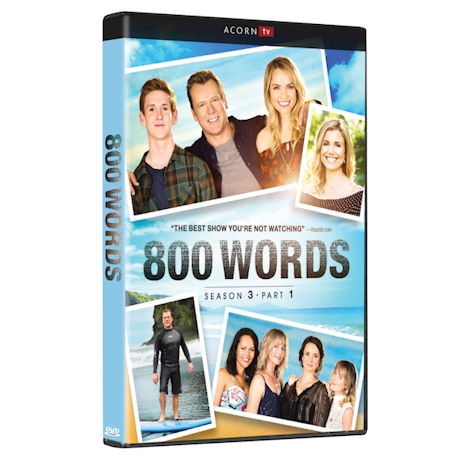 Episode 1
After the boating accident, the townsfolk of Weld mount a search-and-rescue operation for Zac, Steve, and Ike. George is torn between aiding the search and comforting a frightened Shay, or going to the hospital and supporting Jan, who is in labor.

Episode 2
As Jan recuperates at George's house following the birth, George is surprised by how much he enjoys having the babies around. He and the other two prospective fathers take paternity tests and anxiously await the results. Meanwhile, Ike struggles to deal with the trauma of his sea ordeal.

Episode 3
George is recruited as a reluctant accomplice in the secret search for Woody's ex-wife. Shay has a very public meltdown after being dumped by Ike, and Katie takes a teaching job at the high school.

Episode 4
George feels a welter of emotions when Ike confesses that Laura appeared to him in a vision when he was lost at sea. As his former love weighs heavily on his mind, George is in no mood to help Woody with his plan to fly to Australia and secretly obtain a divorce.

Episode 5
George and his cohorts head into the outback to meet with Woody's ex, but Woody ends up getting the shock of his lifetime. Back in Weld, Tracey stumbles upon the truth about Woody's "solar conference," while Shay receives unwelcome attention from Ollie.

Episode 6
The Turner home is exploding with houseguests, and George is desperate for solitude, but his plan to evict some of the extra bodies backfires. Woody and Tracey struggle to come to terms, leaving Woody's daughter, Poppy, in a very awkward position.

Episode 7
George relishes his time alone in the house but is dragged out to attend Woody's bachelor party, known by locals as "Groom-spiel." Woody is less than enthusiastic about this notorious Weld tradition and asks George to watch out for him, but Monty is eager to take over the best-man duties.

Episode 8
Monty seeks out George for help writing his best-man speech, prompting George to reminisce about his own wedding day. Ollie's attentions towards Shay take a dangerous turn, while Lindsay grows increasingly jealous about Arlo and Poppy's friendship. Woody and Tracey's big day arrives, but a power outage threatens their wedding.