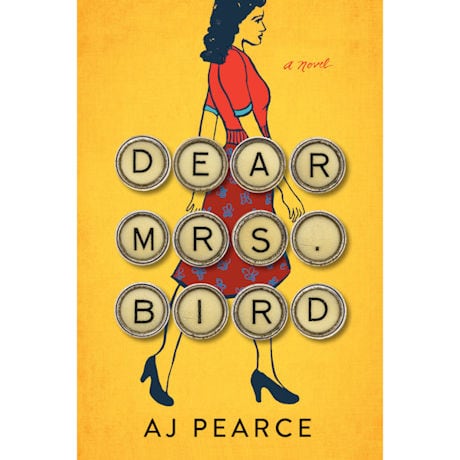 No Reviews Write the First Review
Item #: XC2772
An irresistible debut set in London during World War II about an adventurous young woman who becomes a secret advice columnist—a warm, funny, and enormously moving story for fans of The Guernsey Literary, Potato Peel Pie Society and Call the Midwife. London, 1940. Emmeline Lake is Doing Her Bit for the war effort, volunteering as a telephone operator with the END_OF_DOCUMENT_TOKEN_TO_BE_REPLACED
No Longer Available

An irresistible debut set in London during World War II about an adventurous young woman who becomes a secret advice columnist—a warm, funny, and enormously moving story for fans of The Guernsey Literary, Potato Peel Pie Society and Call the Midwife.

London, 1940. Emmeline Lake is Doing Her Bit for the war effort, volunteering as a telephone operator with the Auxiliary Fire Services. When Emmy sees an advertisement for a job at the London Evening Chronicle, her dreams of becoming a Lady War Correspondent suddenly seem achievable. But the job turns out to be working as a typist for the fierce and renowned advice columnist, Henrietta Bird. Emmy is disappointed, but gamely bucks up and buckles down.

Mrs. Bird is very clear: letters containing any Unpleasantness must go straight in the bin. But when Emmy reads poignant notes from women who may have Gone Too Far with the wrong men, or who can't bear to let their children be evacuated, she is unable to resist responding. As the German planes make their nightly raids, and London picks up the smoldering pieces each morning, Emmy secretly begins to write back to the readers who have poured out their troubles.

Prepare to fall head over heels for Emmy and her best friend, Bunty, who are gutsy and spirited, even in the face of a terrible blow. The irrepressible Emmy keeps writing letters in this hilarious and enormously moving tale of friendship, the kindness of strangers, and ordinary people in extraordinary times. Hardcover, 288 pages. Signed copy also available (XC2012 - sold separately) Limit 4 signed copies per customer.

AJ Pearce grew up in Hampshire, England. She studied at the University of Sussex and Northwestern University. A chance discovery of a 1939 women's magazine became the inspiration for her first novel, Dear Mrs. Bird. She lives in the south of England.

Vividly evocative of wartime life…a very English tribute to the women of the home front.—Kirkus

Emmeline Lake, the heroine of Dear Mrs. Bird, is the most endearing character to emerge from the world of British fiction since Bridget Jones. She's funny, she's indefatigable, and she faces the worst of circumstances with the pluckiest of resolves. You cannot help but love her."—Kimmery Martin, author of The Queen of Hearts

"Funny, fresh, and touching, Dear Mrs. Bird is a pitch-perfect pleasure. It's a rare and wonderful thing to read a book that seems to live properly in its era."—Annie Barrows, New York Times bestselling co-author of The Guernsey Literary and Potato Peel Society

"A joy from start to finish. Dear Mrs. Bird is as funny as it is heartwarming."—John Boyne, author of The Heart's Invisible Furies

"Books that make you shake with laughter and sob with tears are rare. I gulped this one down but didn't stop thinking about it for a long time."—Katie Fforde, author of A Secret Garden