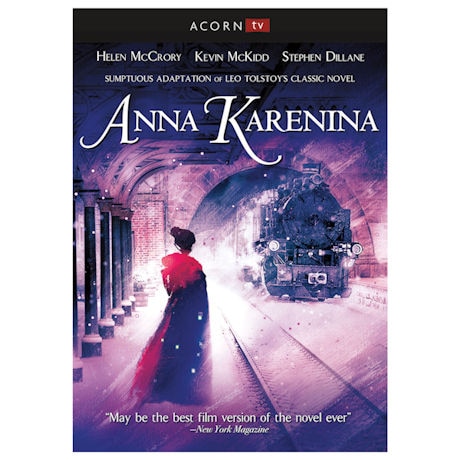 Episode 1
Socialite Anna Karenina departs from her husband and son in St. Petersburg and journeys to Moscow to help sort out her brother's troubled marriage. There, she meets the dashing Count Vronsky, and the two form a deep connection.

Episode 2
Despite the gossip, Anna and Vronsky continue their passionate affair, and Anna reveals to him that she is pregnant with their child. Still not over his failed proposal to Kitty, landowner Levin decides to work in the fields alongside his tenants.

Episode 3
After recovering from her difficult childbirth, Anna and Vronsky flee to Italy to live as if they were a married couple. Levin and Kitty announce their engagement, but their relationship is off to a rocky start.

Episode 4
As Karenin prevents Anna from seeing her son, Anna appeals to her brother for help in obtaining a divorce, but her husband proves resistant to their efforts. Anna's jealousy and insecurity drive a wedge into her relationship with Vronsky, leading her to take control of her destiny at last.