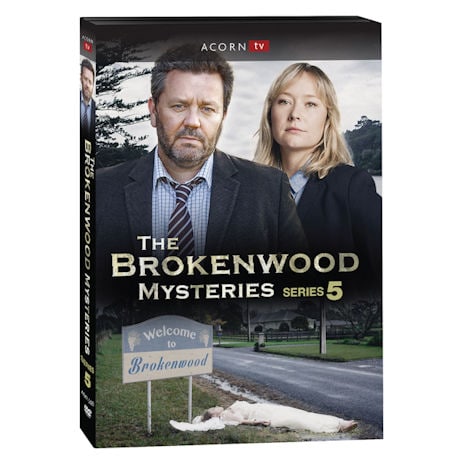 Episode 1: Scared to Death
The owner of the Wilbury Amusement Park dies from a heart attack after claiming to have seen a ghost on the haunted-house ride. Shepherd suspects foul play when he finds what appear to be bite marks on the victim's neck.

Episode 2: Bride Not to Be
The morning after her bachelorette party, a professional tennis player is found in the river wearing a wedding dress. Mike interviews the party attendees, while Sims informs the groom-to-be and his best man, but their stories don't add up.

Episode 3: Tontine
When a middle-aged man dies of a heart attack while cycling up a mountain, his demise is thought to be from natural causes. But when Shepherd connects the death to another case involving an angry bull, the detectives suspect a killer is targeting the beneficiaries of a will.

Episode 4: The Dark Angel
A disgraced doctor is found hooked up to an electroconvulsive therapy machine in an abandoned asylum that lacks electricity. While Sims and Breen interview the deceased's former patients, Shepherd tries to get through to the only witness to the crime: a disturbed woman who believes she is a mouse.

"Engaging, full of twists, and will keep you guessing right till the end" — (CheeseonToast.co.nz)