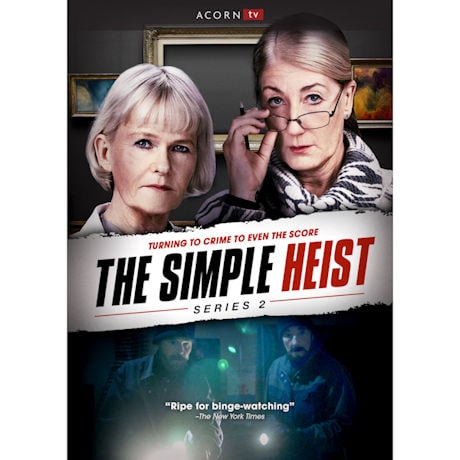 Episode 2: Security
Cecilia and Jenny plot to steal artwork from the home of the wealthy Patrik Delborn, but first they need to learn how to avoid his security system.

Episode 3: The Soundtrack
Cecilia and Jenny steal the artwork but realize they left behind a key piece of the art installation. Detective Marika investigates the break-in at Patrik's house.

Episode 4: Trust
Jenny, Cecilia, and Julia decide to sell the stolen artwork to a collector. Bengt spies on Jenny, and Cecilia's fury about her work situation reaches a boiling point.

Episode 5: Artnapping
Julia has a risky plan for how they can fence the stolen artwork. After an unexpected run-in with the police, Jenny and Cecilia's friendship is put to the test.

Episode 6: Halloween
The police, Sverker from the biker gang, and Bengt are all hot on the trail of Jenny, Cecilia, and Julia. How far are the women willing to go to reach their goal?