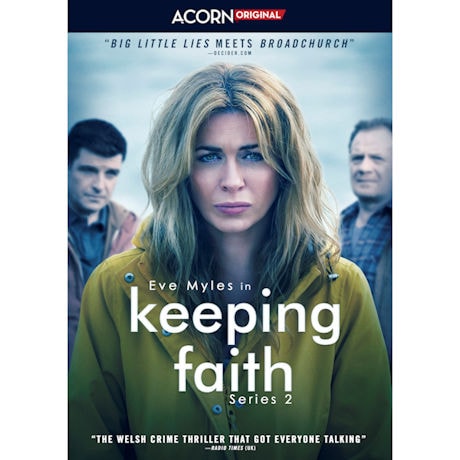 Episode 1
Eighteen months after Evan's sudden return, Faith is still in debt to criminal kingpin Gael Reardon, while Evan languishes in prison. When the body of local farmer William Vaughan is found shot in the chest, Faith rushes to help his wife, Madlen, who has been arrested for his murder.

Episode 2
Despite never having worked on a homicide before, Faith and Cerys take over Madlen's case and end up on a collision course with Tom. Meanwhile, DI Breeze pressures Evan for information about Faith.

Episode 3
Faith warns against letting Madlen testify, but when Faith is called away for a family emergency, Cerys is forced to put Madlen on the stand. As the trial climaxes, Faith tries to keep it together while DI Breeze continues his campaign against them.

Episode 4
After Madlen's sentencing, Faith vows to find William's killer, but first she must contend with the other crises in her life. Evan's approaching early release brings conflicting emotions for the family, and DI Williams shares shocking new evidence with Faith.

Episode 5
As Steve's daughter recovers in the hospital, Gael ramps up the pressure on Faith to close the deal with Corran Energy. Evan tries to adjust to life at home, but DI Breeze insists that Evan wear a wire to his next meeting with Gael.

Episode 6
Gael manages to turn the tables on the Corran Energy deal, but she refuses to release Faith from her debt. Faith gets closer to identifying the mysterious woman in the photograph, but what she finds may change her relationship with Evan forever.

"The Welsh crime thriller that got everyone talking" — Radio Times (UK)

"This unexpected hit is still irresistibly wild" — The Telegraph (UK)