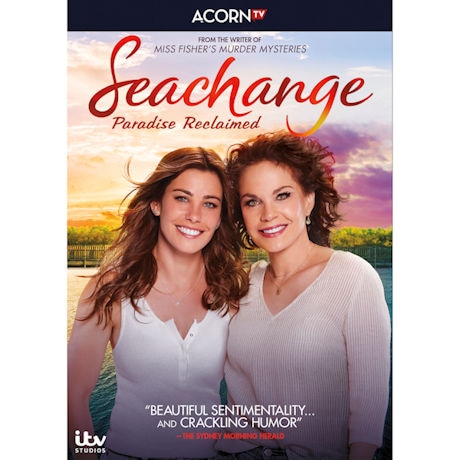 Ep. 1: Come unto These Yellow Sands After being fired from her volunteer job in Africa, Laura Gibson returns to Pearl Bay for the first time in 20 years, only to find that her daughter Miranda is heavily pregnant and was attempting to hide it from her. Meanwhile, disgraced businessman Bob is released from prison but is still working a shady deal.

Ep. 2: By Moonshine Laura offers to watch newborn baby Joe while his adopted mom, Anna, is at work at the police station, but the court calls Laura in for magistrate duty a week early. Miranda warns her nemesis, corporate marine scientist Findlay, about the "shimmery moon," a Pearl Bay legend said to compel everyone to reveal their deepest truths.

Ep. 4: There Are Unicorns Bob feels the heat when his acquaintance from prison is released early and comes to town to check on his investment. When Stella claims to have spotted the rare rainbow seahorse nearby, Miranda sees a way to stop Findlay's company from mining a local beach.

Ep. 5: Awake, Dear Heart, Awake The citizens of Pearl Bay frantically prepare for a surprise wedding, but all the love in the air stirs up painful memories for Miranda. Pub owner Ben runs into legal trouble when he reacts rashly to the success of his ex-wife's new boyfriend's beer.

Ep. 6: A Strange Fish The Pearl Bay annual fishing competition hits rocky waters when the fishing club president goes missing at sea. A legal scuffle between anglers leaves Miranda's Parks and Fauna office $18,000 in debt, and Bob plots a way to steal back the money from the police station while Anna is on vacation.

Ep. 7: This Island Home After tricking his way into buying the caravan park from owner Kevin, Bob begins evicting the tenants and brings on his high-flying businesswoman daughter, Jules, as the new face of Jelly Enterprises. Miranda sees a way to finally build her marine center, and Laura is forced to recuse herself from a case.

Ep. 8: Our Little Life Jules returns to Pearl Bay showing her true colors, as Kevin returns home from his honeymoon only to find himself in a legal battle over ownership of the caravan park. While Laura, Miranda, and Bob join forces to save their town, Miranda is forced to confront her true feelings for Findlay.

BONUS DISC with four episodes from the original series