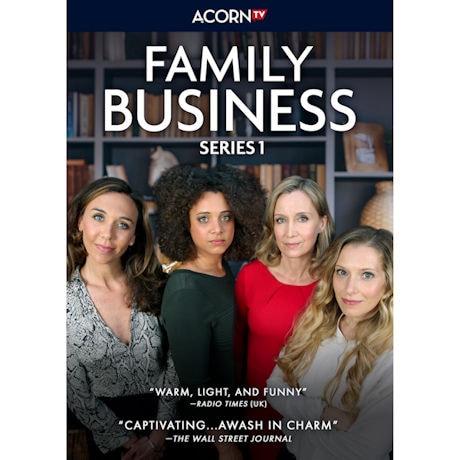 No Reviews Write the First Review
Item #: XE0632
For better or for worse, lawyers Astrid and her daughter Audrey decide to open a family practice together. Every case presents a challenge and opportunities for amusement, from the divorcing couple who fight over their beloved bulldog to a battle over shady fertility trade dealings. 8 episodes, 6½ hrs, 2 DVDs.
Add to Wish List

For better or for worse, lawyers Astrid and her daughter Audrey decide to open a family practice together. Every case presents a challenge and opportunities for amusement, from the divorcing couple who fight over their beloved bulldog to a battle over shady fertility trade dealings. 8 episodes, 6½ hrs, 2 DVDs.

Episode 1: Rose
Astrid LaEpisodertigues, founding partner at the Lartigues & Lorenzi law firm, asks her daughter, Audrey, to set up a mediation between a young mother and her parents, who want visitation rights for their granddaughter. While Audrey deals with personal issues of her own, her colleague Sofia Lorenzi counsels a divorcing couple fighting over custody of their dog.

"A whippy meringue of a French drama…Warm, light and funny." — Radio Times (UK)