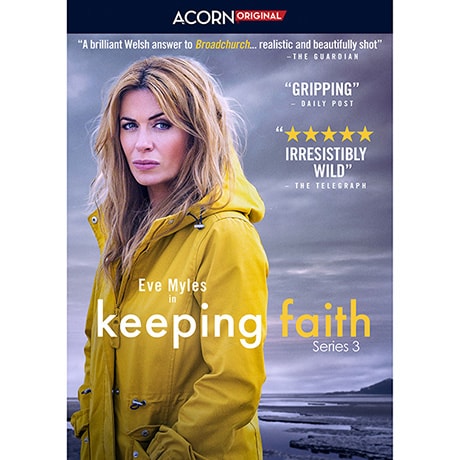 Eve Myles(Torchwood, Broadchurch, Victoria) returns as Faith Howells, a small-town lawyer in Wales. As Faith attempts to make sense of her marriage, she is also dealing with a challenging legal case involving a sick young boy. What happens when Faith's long estranged mother, Rose (Celia Imrie) reappears, intent on wreaking maximum revenge for an event which remains a dark, buried secret between them? 6 episodes, 2 DVD or blu-ray discs. Mature content.

Episode 1
Eighteen months later, Faith and Evan's divorce battle goes from bad to worse as Evan argues for shared custody. Cerys urges Faith to help her with a complicated case involving a local man, Mike, who is fighting for his sick son, Osian, to have a controversial brain surgery. Steve reluctantly takes on a dangerous job, with disastrous consequences.