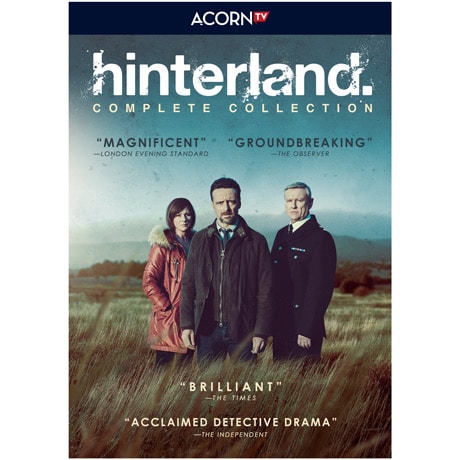 $79.99
4 Reviews Write a Review
Item #: XE6002
DCI Tom Mathias has left London and is looking to make a fresh start. But his first case in Aberystwyth, a university town between the Welch coast and the foreboding hinterland, is grisly and mysterious. With the help of DI Mared Rhys, a savvy local, Mathias sets out to solve a series of crimes, not knowing that investigating the murders END_OF_DOCUMENT_TOKEN_TO_BE_REPLACED
Add to Wish List

DCI Tom Mathias has left London and is looking to make a fresh start. But his first case in Aberystwyth, a university town between the Welch coast and the foreboding hinterland, is grisly and mysterious. With the help of DI Mared Rhys, a savvy local, Mathias sets out to solve a series of crimes, not knowing that investigating the murders may lead to his own undoing. 13 episodes, 22 hrs, 7 DVDs.