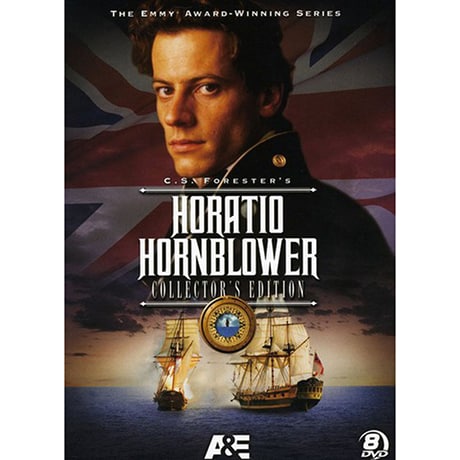 The legendary Horatio Hornblower (Ioan Gruffudd) joined the British Royal Navy at age 17 during the Napoleonic Wars, becoming a much-loved and heroic commander. Emmy Award winning series magnificently re-creating the era with full-scale replica ships and far-flung locales for thrilling, high seas adventures. Based on the novels of C.S. Forester. Collector’s Set includes The Duel, The Fire Ships, The Duchess and the Devil, The Wrong War, The Mutiny, Retribution, Loyalty, and Duty. 13 hrs, 8 DVDs.