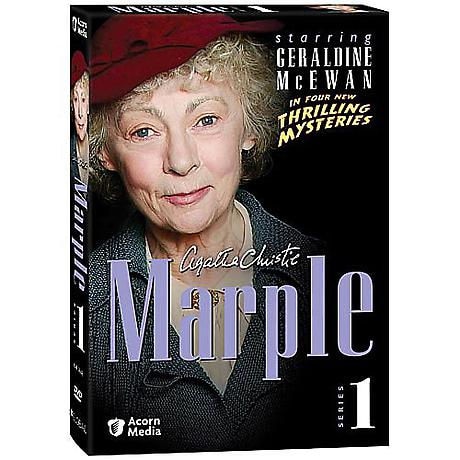 Disc 2
The Body in the Library

Disc 3
A Murder Is Announced

"People do tend to confide in old ladies--don't you find?"--Miss Marple

"With its lush production values, wry humor, fine acting, and expertly plotted scripts, Agatha Christie's Marple: Series 1 is highly recommended for fans of British dramas and classic mysteries. These stories have been filmed before, but Marple makes them seem as fresh and vital as ever."--TVDVD Reviews.com
Awards
Emmy Award Nomination for Outstanding Special Class Program (all episodes featured in Series 1), (2005)

Satellite Award Nomination for Outstanding Actress in a Miniseries or Motion Picture Made for Television forAgatha Christie Marple(Geraldine McEwan, all episodes in Series 1, 2005)

Satellite Award Nomination for Outstanding Miniseries (all episodes in Series 1), (2005)