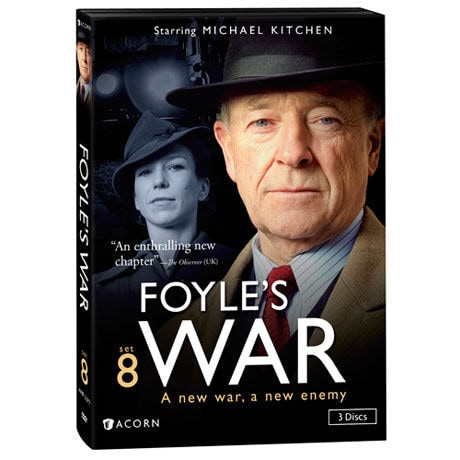 $49.99 $39.99
Buy 2 or More Sets, Save 10%
Share Me:
add to wish list
Overview
The acclaimed detective series returns with more mysteries set in the uncertain days at the beginning of the Cold War. In 1946 London, former DCS Christopher Foyle (Michael Kitchen, Out of Africa) now employs his unerring investigative skills on behalf of MI5, assisted by his ever-faithful driver, Sam Wainwright (Honeysuckle Weeks, My Brother Tom). Three mysteries on 2 DVD or Blu-ray discs, approx. 276 minutes, SDH.
Episodes
High Castle
A translator for the Nuremberg trials is killed, leading Foyle into the world of international oil politics and corrupt Nazi businessmen.

Trespass
The son of a prominent Jewish man is assaulted as a right-wing manifesto inflames anti-Semitic tensions.

"One of the best mysteries on television" --The New York Times