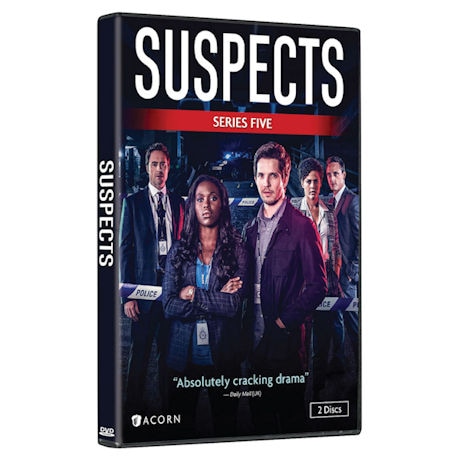 $39.99 $24.99
Share Me:
add to wish list
Overview
The shocking discovery of a body by the victim's daughter launches a traumatic investigation. DS Jack Weston and DCI Charlie Steele are joined by a new team of investigators who soon realize that the murder could be connected to a cold case, and a suspect could be the killer. 6 episodes, about 5 hrs, 2 DVDs, SDH. Mature audiences.
Episodes
The Enemy Within: Part 1
The unit is stunned when DI Martha Bellamy is murdered in her own home. Someone knows more than they are letting on.

The Enemy Within: Part 2
A new murder victim is linked to the Bellamy case forcing Jack to pressure his old flame into testifying against her boyfriend, who Jack thinks is responsible for Bellamy's murder.

The Enemy Within: Part 3
Alisha and TDC Roscoe respond to a rape report. Twists and complications ensure.

The Enemy Within: Part 4
The team finds blood stains while investigating a disappearance.

The Enemy Within: Part 5
An 8-year-old missing persons case resurfaces and complicated relationships, confessions, and suspicions are never-ending.

"Absorbing and smart" - The Telegraph (UK)