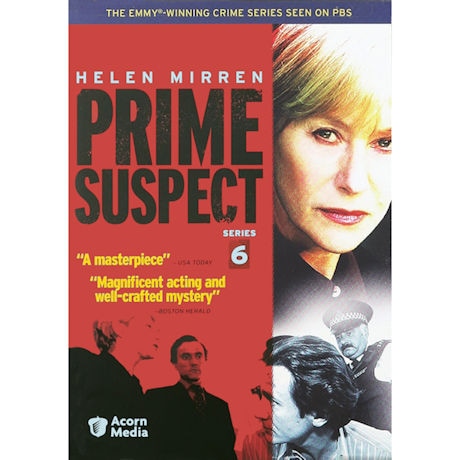 $29.99 $14.99
Share Me:
add to wish list
Overview
Oscar® winner Helen Mirren is Detective Jane Tennison, "perhaps the greatest role and performance of a female police detective, ever" San Francisco Chronicle, in the Emmy®-winning crime series seen on PBS. In Series 6, Tennison is being pressured to retire by her male colleagues. Instead, she takes on a high-profile case, the torture and murder of a young Bosnian refugee. When her prime suspect turns out to be a "minor" war criminal, Tennison meets resistance from her superiors, struggles with ambitious underlings, and uncovers buried secrets. Her career now at risk, she realizes she has little else left in her life and everything to fight for. "A masterpiece"—USA Today. 2 episodes, about 3 ¼ hrs, 1 DVD, SDH. Mature audiences.