Spying on the Royals DVD 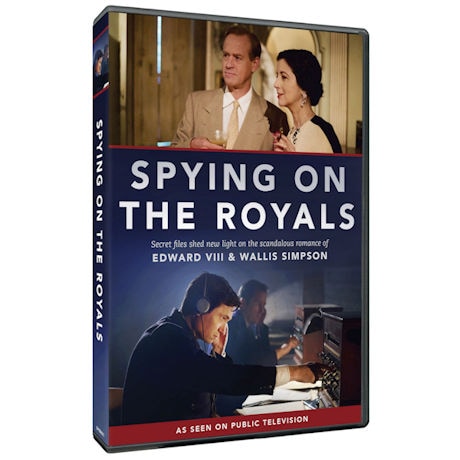 Spying on the Royals DVD

Overview
Recently declassified documents from a 1930's British intelligence operation reveal King Edward VIII and his controversial American lover Wallis Simpson were bugged, wire-tapped, and followed—on the orders of both the British prime minister and the American president. This explosive new documentary provides an entirely new perspective, creating a secret dossier unlike any other. An extraordinary film which brings an extraordinary story to life that stunned a nation. 1 ½ hrs, 1 DVD.
Episodes
EPISODE 1
On the frozen weekend of 5th December 1936 a nerve shredded King Edward VIII made a secret telephone call from his office in Buckingham Palace. Recently declassified documents have revealed that his every word was being scrutinised by headphoned intelligence officers. The secret story behind the events that stunned a nation eighty years ago.

EPISODE 2
When the former Wallis Simpson and her husband, once England's King Emperor Edward VIII, arrived at an exclusive resort, they thought they were enjoying an intimate break in complete privacy. Their hotel room was bugged, and the royal phone tapped by secret servicemen who were recording their every word. But on this occasion, the spooks were not British. They were acting on the orders of none other than the US president himself.