The Criterion Collection: The Mikado DVD/Blu-ray 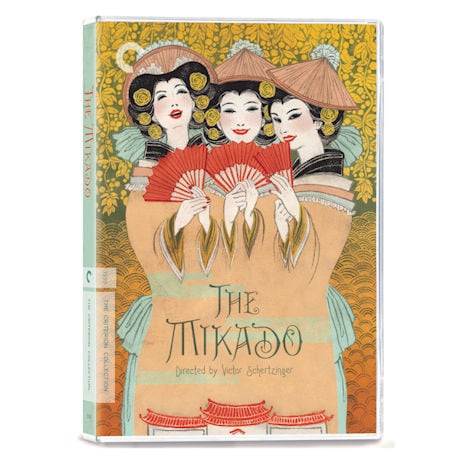 The Criterion Collection: The Mikado DVD/Blu-ray

$29.99 Starting at $27.98
Share Me:
add to wish list
Overview
Gilbert and Sullivan's beloved opera received a royal Hollywood treatment with this 1939 Technicolor adaptation, the first complete work by the famed duo to be adapted for the screen. The result is a lavish retelling of the British political satire set in exotic Japan, featuring performances by the D'Oyly Carte Opera Company. Songs include fan-favorites "A Wandering Minstrel I," "Three Little Maids from School Are We" and more. 1 ½ hrs, 1 DVD or 1 Blu-ray disc.
DVD Extras
• Newly remastered digital transfer, with uncompressed monaural soundtrack on the Blu-ray edition
• New video interview with Topsy-Turvy director Mike Leigh on The Mikado and its adaptation for the screen
• New video interview with Mikado scholars Josephine Lee and Ralph MacPhail Jr., tracing the 1939 filmed version of the opera back to its 1885 stage debut
• Short silent film promoting the D'Oyly Carte Opera Company's 1926 stage performance of The Mikado
• PLUS: A booklet featuring an essay by critic Geoffrey O'Brien