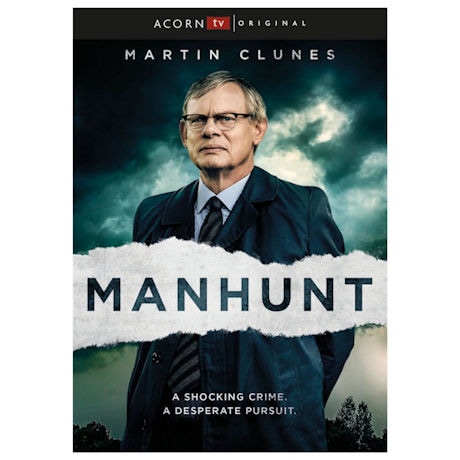 $34.99
Share Me:
add to wish list
Overview
Based on the true story of a murder investigation that kept the people of Britain on the edge of their seats, this gripping mini-series opened to massive ratings and rave reviews. DCI Colin Sutton (Martin Clunes, Doc Martin) is appointed senior investigating officer when a body of a young woman is found. With no forensics, motive or witnesses, only painstaking detective work will deliver a suspect—and enough evidence to arrest him and make sure he's found guilty at trial. "Crime drama of the highest order" —iNews (UK). 3 episodes, 2 ¼ hrs, 1 DVD or Blu-ray disc, SDH.
Episodes
Episode 1: The First Day
When the battered body of French student Amélie Delagrange is found on Twickenham Green, Detective Chief Inspector Colin Sutton is appointed senior investigating officer, his first big case. Despite objections from his superiors, Sutton believes her murder may be connected to a previous attack on another woman.

Episode 2: The Van
Sutton directs his team to prioritize the search for a white van, which he believes will lead them to the killer, but morale dwindles when the hunt proves daunting. Sutton's obsession with the case puts strain on his relationship with his wife when he decides to cancel on a family trip at the last minute.

Episode 3: The Suspect
Sutton launches a complex effort to arrest the prime suspect, Levi Bellfield, but things don't go as planned. Once Bellfield is in custody, Sutton and his team race to compile enough evidence to convict him.