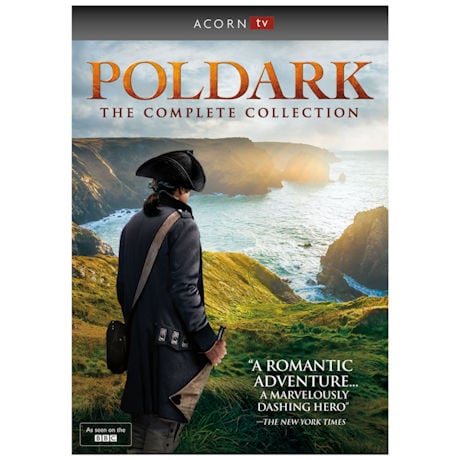 $79.99
Share Me:
add to wish list
Overview
A sensation on PBS's Masterpiece Theatre in the 1970's, this is the first adaptation of Winston Graham's novels, telling the spellbinding story of Captain Ross Poldark (Robin Ellis, The Good Soldier) and his ever-changing fortunes. Teeming with daring deeds and romance, all set against the spectacular backdrop of the ruggedly beautiful Cornish coast, this original production was voted by viewers as one of the best-loved series in the history of public television. Essential viewing for fans of the more recent Poldark series. 29 episodes, 8 DVDs, 25 hours, SDH.
Episodes
Series 1: A wounded Ross returns from the American Revolution to a family who thought he had perished in the war. He finds that his father has died in his absence, the woman he loves is engaged to his cousin, and a viperous businessman is plotting to ruin his family. 16 episodes.

Series 2: Ross is going through tumultuous times, from saving his marriage to reclaiming his fortune as he attempts to defeat his predatory rival once and for all. 13 episodes.