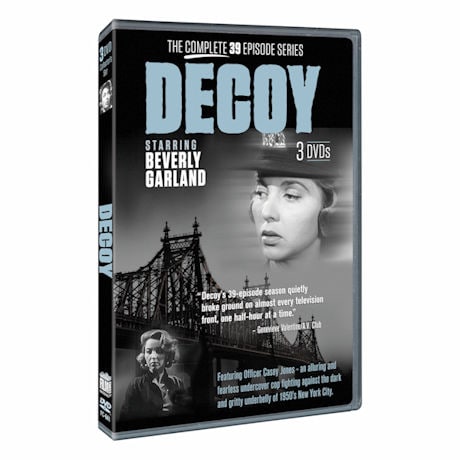 $19.99
Share Me:
add to wish list
Overview
Ahead of its time in tackling controversial subjects—and basing its plots on real-life cases—this 1957 series was the first show to film on location in New York City and the first to feature a policewoman as its main character. Beverly Garland steals the show as the no-nonsense and uncompromising female crime fighter, Casey Jones. 39 episodes, 17 hrs, 3 DVDs. B&W.