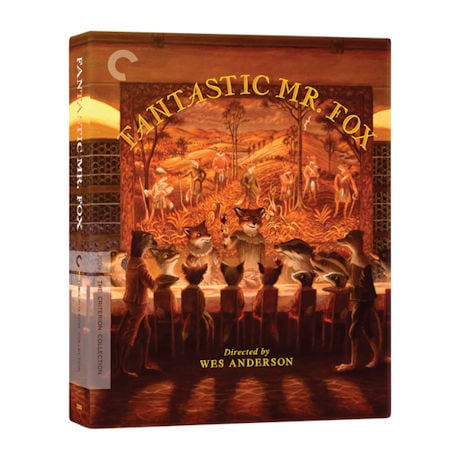 
DVD Extras
• Digital master, approved by director Wes Anderson, with 5.1 surround DTS-HD Master Audio soundtrack on the Blu-ray
• Audio commentary featuring Anderson
• Storyboard animatic for the entire film
• Footage of the actors voicing their characters, puppet construction, stop-motion setups, and the recording of the score
• Interviews with cast and crew
• Puppet animation tests
• Photo gallery of puppets, props, and sets
• Animated awards acceptance speeches
• Audio recording of author Roald Dahl reading the book on which the film is based
• Fantastic Mr. Dahl, an hour-long 2005 documentary about the author
• Gallery of Dahl's original manuscripts
• Discussion and analysis of the film
• Stop-motion Sony robot commercial by Anderson
• PLUS: An essay by critic Erica Wagner and (Blu-ray only) a 2002 article on Dahl's Gipsy House by Anderson; White Cape, a comic book used as a prop in the film; and drawings, original paintings, and other ephemera